Let my body be! is a choral action developed by the choreographer and visual artist Salvo Lombardo. The performance starts from the desire to reposition bodies at the centre of the world stage. In this vision the body is conceived as both the expression of one’s possibility to citizenship and one’s desire to be recognized as social being. Let my body be! is a way to re-meaning the public space starting from bodies and their moving and breathing together. The action consists of a participatory and guided practice through a series of very simple headphone indications, which guide the bodies in the construction of an experience that in a first phase focuses on an autonomous activation of the inputs and gradually leads the group of participants to the construction of a choral action. Participation in the action is aimed at a heterogeneous audience and does not require any specific skills in the field of body or performance.

Salvo Lombardo – performer, choreographer, multimedia artist and curator. He is founder and artistic director of Chiasma Company (Rome). His own art research moves between dance, theater, visual art while focusing on the languages of video and relational art. His works have been programmed in many theaters, festivals, museums and independent art spaces in many countries. He collaborated as choreographer with Fabbrica Europa and as an associated artist with Oriente Occidente Festival in 2017-2018. Between 2019-21 he was co-curator of the Festival Resurface (Rome): a multidisciplinary program focused on post-colonial and de-colonial practices. In 2020 he is one of the founding members of Ostudio, an independent art space in Rome for artistic cohabitation and multimedia research. Since 2021 he has been working with the Lavanderia a Vapore \ Piemonte dal vivo (Turin) as associated artist. Since 2021 he is curator for Interazioni Festival in Rome. Recently he is one of the artists involved in the European MMDD project (a research project based on the dramaturgy in dance). In 2021 he was selected as an artist by the European network BeSpectActive! for which he created Punctum, a large-scale community-based work involving 12 European countries. He is actually working at the May Town project of the Schaubühne Lindenfels Leipzig (DE) (a research on the post-colonial remediation of the Leipzig Industrial Exhibition of 1897) and is involved in the Media Dance Plus Project (based on the experimentation of new didactic methodologies involving performing arts). www.salvolombardo.org 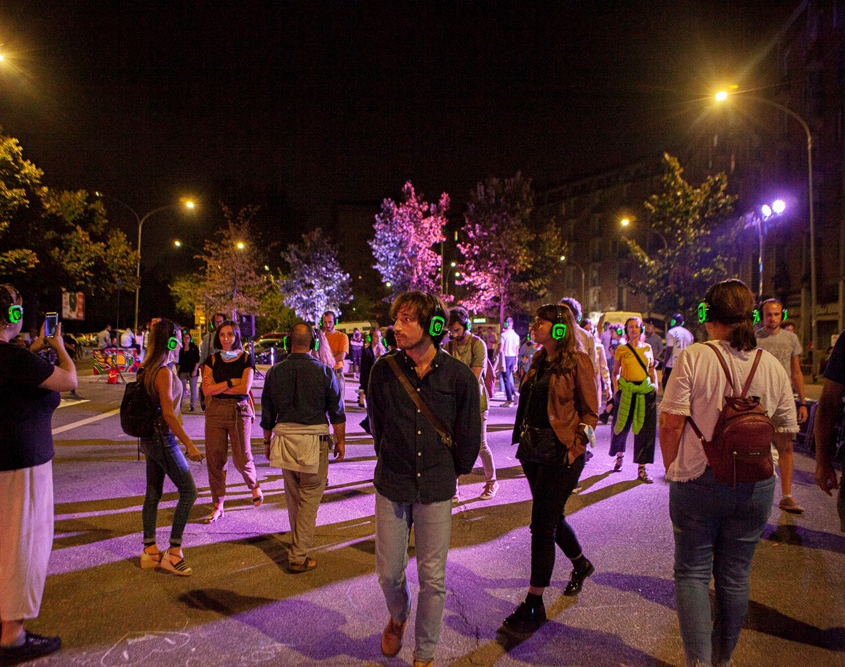