Tredicesima Generazione is a performative project, born from the collaboration between the artistic collective Hardchitepture and the dancer and choreographer Ludovico Paladini.
The aim is to express a different vision of contemporary ritual space, using the very process of artistic making. Traditions and connections very distant in time (such as ancient religious processions or current want, also referred as “unwritten” social rites) will be bridged, resulting in unique ritual in the making.
A contemporary body blends with excessive and bulky shapes and materials to become “the being of the future”, a being that takes on its shoulders the weight of our products, our cultures, more or less close to our contemporaneity, and our errors, merging them with his body.
The newborn metamorphosis is a warning for us, who are passing through.

Ludovico Paladini studied with internationally renowned artists and choreographers met at the Haute école des arts de la scène – Manufacture in Lausanne, Switzerland, where he graduated.
Tales of FreeDoom, produced by Marche Teatro, is his first original artwork. From 2021, he joined the Maria La Ribot company and became an interpreter in Olivia Grandville’s latest show, Debandade.In September 2021, he performed in Geneva as an interpreter in the show L’amourde la fille et du garcon by Prisca Harsch and Pascal Gravat, on the occasion of the Antigel festival.

Hardchitepture is an installation writing project born in 2019 by Lorenzo Conforti, Andrea Luzi and Vittorio Zeppillo. Inspired by the rhetoric of the landfill, they developed an interest in the overabundance, where the marginal spaces become scenographies and the abandoned materials act as a framework. These artworks progressively shifts the attention from the product to the producer of degradation: society with its hypocrisy itself becomes a place of experimentation. By enhancing the decay of civilization through its waste products, the boundaries of a banal aesthetic are demolished, subverting and altering the terms of obsolescence. 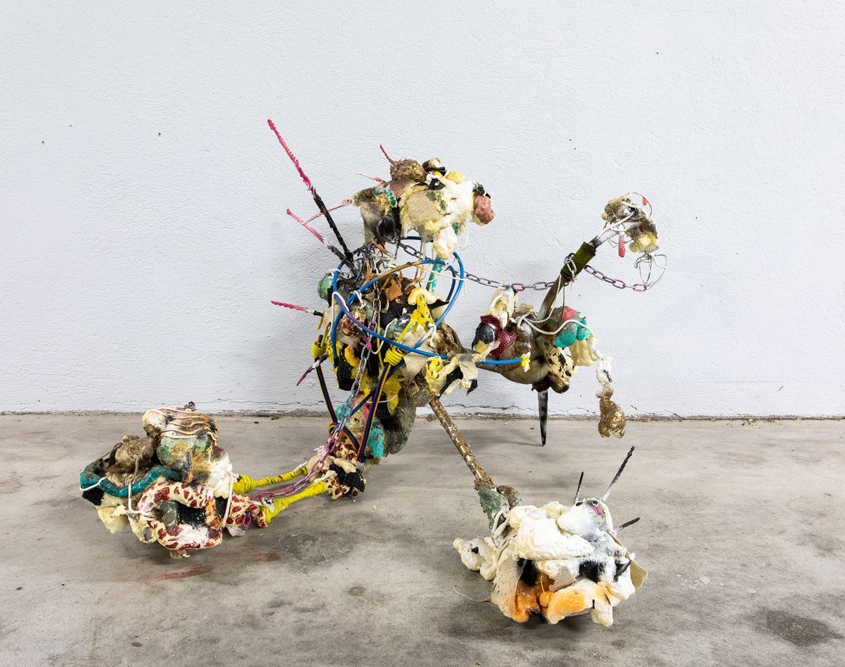