In Lolling & Rolling (2015), Jaha Koo immersed himself in the phenomenon of tongue-tie surgery, an operation performed in South Korea to pronounce the English tip of the tongue-r. The performance thus touched upon linguistic imperialism in his native country. In 2021, Koo is revising this performance, because he no longer wants to focus solely on the linguistic aspect, which is just the tip of the iceberg. In the re-worked live performance, Jaha Koo now also highlights the more extensive process that goes with it, which tries to silence the “subaltern”, the minorities. Because the denial or devaluation of a language also instigates the loss of an identity, of a minority, of a population group. In this way the subaltern are colonized not only linguistically, but also culturally.

Jaha Koo (1984) is a South Korean theatre maker, videographer and music composer. His artistic practice oscillates between multimedia and performance, all of which include his own music, video, text and installation. His performances are closely interweaved with politics, history and his own personal issues. 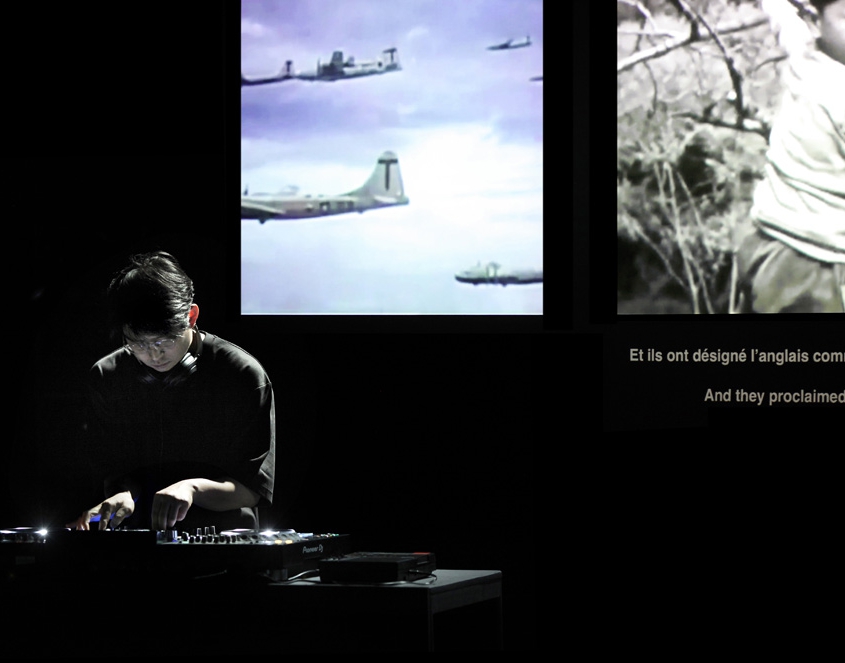