Cuckoo (2017) examines a society under pressure as a result of far-reaching economic imperialism. In this performance, Jaha shares the scene for the first time with three non-human performers: rice cookers. The hacked, talking rice cookers – branded Cuckoo – are Koo’s conversation partners in painfully funny dialogues about the lonely life that Korean youths have to contend with. Because how do you grow up in a performance- oriented and high-tech society where social isolation, youth unemployment and suicide are rampant?

Jaha Koo (1984) is a South Korean theatre maker, videographer and music composer. His artistic practice oscillates between multimedia and performance, all of which include his own music, video, text and installation. His performances are closely interweaved with politics, history and his own personal issues. 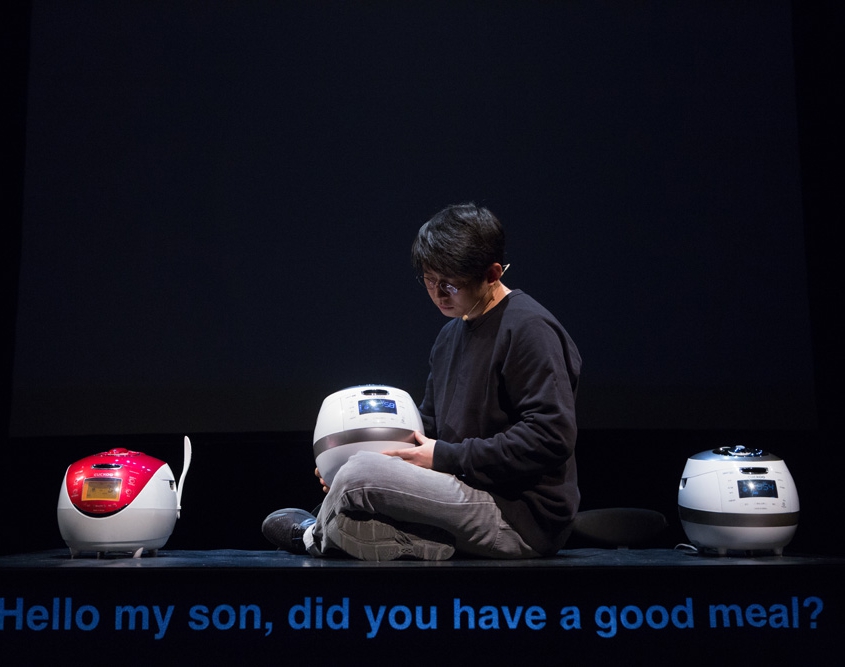