Created in the midst of the Covid-19 Pandemic, PayPer Play tells the story of a lonely character living in a room entirely made out of carton boxes and secluded from the outside world. His only connection to reality: a tv screen and a crazy sales man.
Trying to fill the inner void, he seeks for an escape to solitude through compulsive online shopping.
A wrong order, however will set in motion a chain of events that will soon get out of his control.
Creation, friendship, loss and belonging are the main subjects of this trio, taking place in a stunningly designed stage set completely built out of cardboard. A dance piece meant for the entire family light heartedly reflecting on the pain of loneliness and the need of human connection.

Andrea Costanzo Martini studied Ballet and Contemporary Dance in Italy and Germany. After a short period at the Aalto Staats Theater in Essen, he joined the Batsheva Dance Company (Israel 2006-2010) and later the Cullberg Ballet (Sweden 2010-2012) and Inbal Pinto D. Company (2012-2014). In 2013 he obtained the first prize for dance and choreography at the International Solo Dance Competition in Stuttgart and between 2014 and 2016 he created a series of new works including “Tropical-at the end of Words” (2014), “I want to want” and “Trop” (2015), “Ox Eye” (2016) and “SCARABEO, corners and emptiness” (2016). The artist also collaborates with Francesca Foscarini in the duet “Vocation to asymmetry” and regularly teaches Gaga’s workshops. MARCHE TEATRO co-produced his show La Camera du Roi. 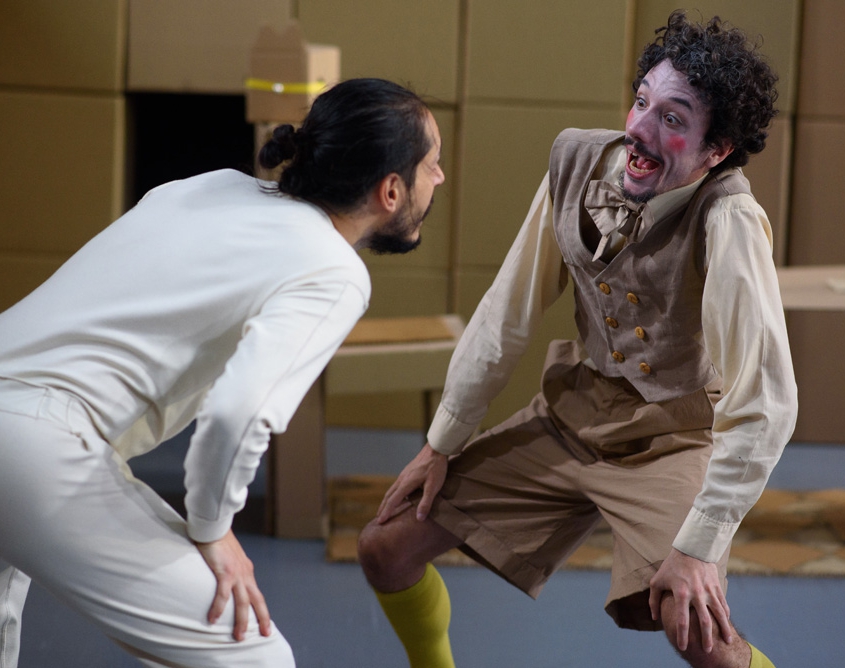