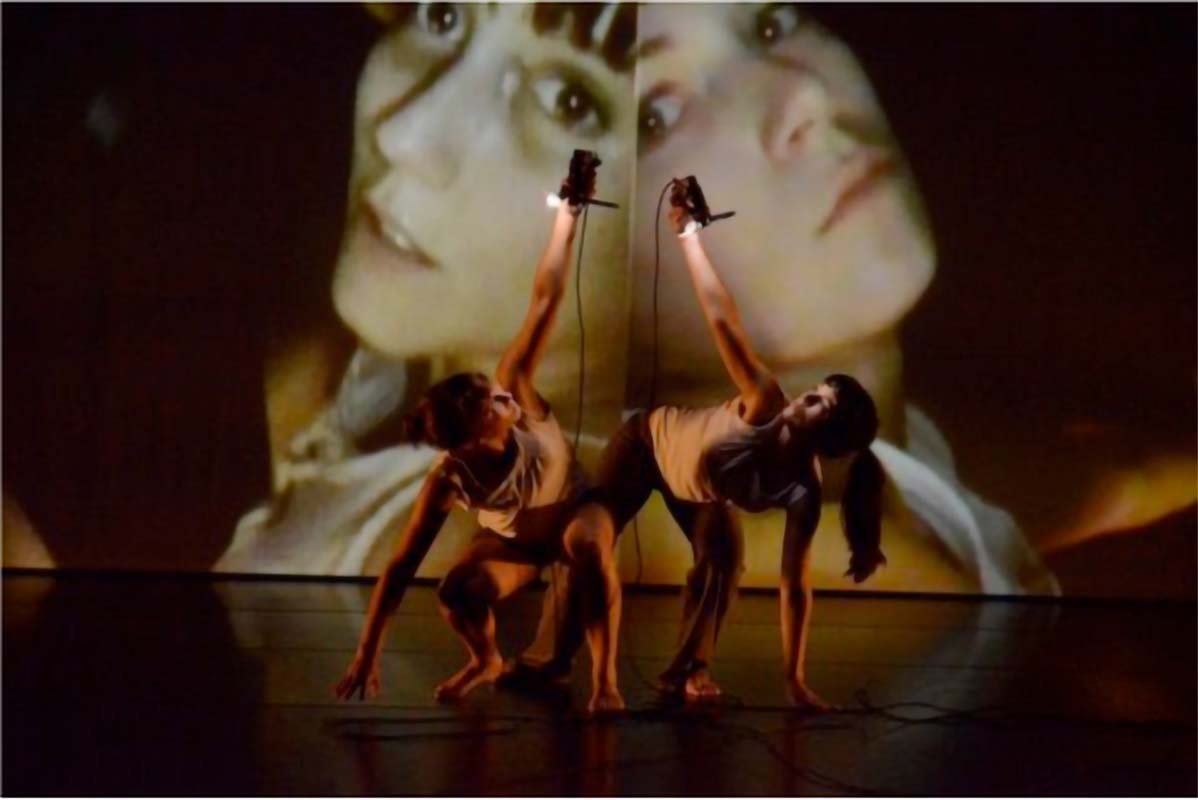 From August 29 to September 9 Inteatro hosts Benjamin Vandewalle for a period of research dedicated to the development of his last project, dal titolo Point of view (provisional title).

“The potential or the quality of a system is seated
in its capacity to present itself as a construct or a model
rather than as a truth.”
Olafur Eliasson

The work of Benjamin Vandewalle conceals a deep fascination for everything to do with perception. His shows and installations can best be described as experimental spaces. Dance and scenography, light and sound are used to question the senses. Empirically, using trial and error. And it’s not just the dancers who are put to the test, the audience is also actively involved and is, in a sense, a guinea pig.

The new artistic project Point of View is intended to focus on the relativity of reality and of movement itself. By using performers with handycams, Vandewalle wants to manipulate the traditional fixed position from which a dance production is viewed.

Everyone is familiar with the typical images of a man performing a bungee jump with a camera attached to his helmet, filming his face. The head does not move in relation to the camera and this produces a strange distorted movement. This is Vandewalle’s starting point for Point of View. What happens to our interpretation of movement when the environment and our viewpoint are manipulated dramatically and the movement itself becomes the basis for our observation? In Point of View, cameras are attached to a moving body in fixed positions using light, portable constructions. These images are projected in real time on to the wall at the back of the stage. Just like the images recorded during a bungee jump, the movements are turned upside down: the dancer appears to be standing still while the room seems to spin around.

Benjamin Vandewalle studied at the Royal Ballet School of Antwerp and graduated at P.A.R.T.S. in 2006. During his education, he created several works such as Théâtre de la Guillotine and We Go, a duet with Vincenzo Carta. In 2007 the duo collaborated again on Inbetween. For the performances Birdwatching (2009) and One / Zero he worked closely with visual artist Erki De Vries. In 2012 Benjamin Vandewalle creates Birdwatching 4×4, a location version of the original Birdwatching. From 2006 till 2010 Benjamin Vandewalle was active in South-Africa and Mozambique, where he collaborated with the dance programme Nykaza, and initiated the project Comfusao.Benjamin Vandewalle also performed in Studium (2010) and Still Animals (2012) by Tuur Marinus / Busy Rocks. He is guest teacher at the KASK in Ghent and also created a studium of Point of View (2011), a guest choreography for Passerelle.

SEE ALL THE RESIDENCIES »