“Transfiguration” was created in 1998, and was since performed more than 300 times in 25 different countries.
A painter and sculptor’s unfulfilled longing to breathe life into his creation. In a gesture of desperation he sculpts clay onto his head, burying himself in the material, eradicating his identity and becoming a living work of art. Yet the material blinds him and he is forced to look inward, into the very depths of himself. In a fascinating performance Sagazan shifts identities on stage, from man to animal and from animal to various hybrid creatures. He pierces, obliterates and unravels the layers on his face in a frenzied search for new essence and form. In this regard, he has stated: “I am flabbergasted to see to what degree people think it’s normal, or even trite, to be alive”. In Transfiguration, he gives new meaning to the notion of life, offering a captivating, disturbing and stirring glimpse into an alternative selfhood utterly unconstrained by inhibition.

Originally trained as a biologist, Olivier de Sagazan turned to painting and sculpting with the ever-present idea of questioning organic life. From his passion to give life to matter came the idea for him to cover his own body with clay in order to observe the resulting “object”. This experiment gave rise to the creation of a solo, “Transfiguration”, in 1998, in which we see a man gradually disfiguring himself with clay into a kind of monster. This half-man, half-beast is searching beneath his masks for who he is. 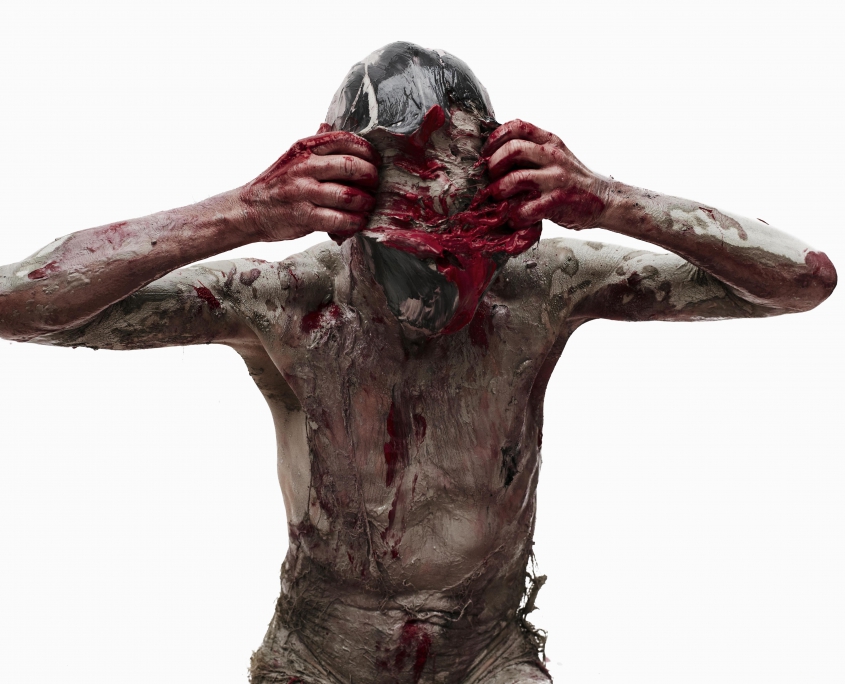